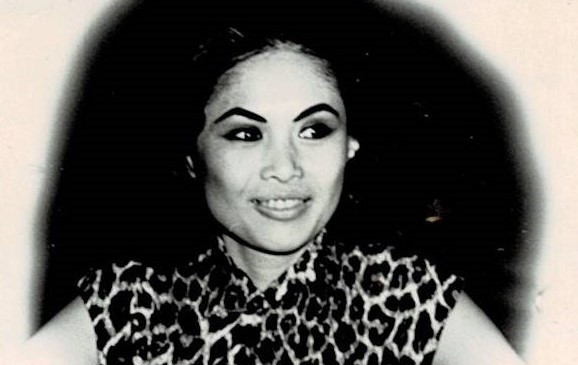 (A revised version of this article was most recently published on News Break. See it here. This was first published in the Elephant Journal, here.)

When my mother passed away, and my father decided to move to a senior apartment, it fell to me to clear out the house where they had lived for forty years and where I had grown up. I gifted treasure to loved ones, sold a little, donated much to charities, and tossed the rest. However, the one item of unneeded furniture that I could not bring myself to part with was my mother’s vanity table. Despite having no space for such frivolous furnishing, disposing of it would have felt like trashing an altar.

My mother grew up impoverished both in rural China and in Dearborn, Michigan. At 17, she had to start supporting herself because her family couldn’t afford her anymore. She spent her whole career of 50+ years working as a waitress, a job in which she came to take pride. She started at an inexpensive Oakland Chinatown restaurant. She then rose to work in upscale establishments such as San Francisco’s Fairmont Hotel, where she earned a middle-class living.

To accomplish this required cultivating polish both in manners and appearance. Make-up was not just vanity, but a powerful tool in transforming a girl who had grown up in rural China into a woman worthy of the Fairmont. It was an economic investment.

But more than that, putting on make-up became a meditative ritual, a consecrated time of day just for herself in which she could prepare her thoughts and ground herself for the coming day. She would brew coffee, then sit at the dressing table, light the lamps on either side, and take a calming breath as she gazed at her reflection.

She was relaxed, self-examining, and focused, with the artist’s eye on the eyebrow’s angle, the shading of an eye, the blending of blush. In cultivating beauty, she was outwardly manifesting whom she felt herself to be on the inside.

I loved watching this daily transformation. It felt like watching a human transfigure into a goddess. I grew to enjoy the ritual, too. One of my fond rite-of-passage memories was Mom taking me to a make-up professional as a teenager to learn the art. I felt so clumsy! I thought I would never get my eyeliner straight. It made me appreciate my mother’s skill.

When Mom was 58 years old, she was one of three national winners in a make-over contest sponsored by Woman’s Day Magazine. The competition solicited before and after photos to demonstrate how everyday women transformed themselves with make-up. The magazine flew her to New York for an interview and photoshoot with famed photographer Barry O’Rourke. It featured her in their January 1982 edition.

When the professional make-up artist, who was interviewing her, saw how she did her make-up, she was surprised to see Mom’s worn brushes and how she used only drug-store brands. And she was so amazed by the worn stubbiness of her eyeliner brush that Mom was embarrassed.

“Can you draw a straight line with that?” she asked, incredulous. Mom demonstrated that she could.

She got to stay in a beautiful suite at the Berkshire Hotel for three days, where flowers and a silver platter of fruit welcomed her upon her arrival. She received limousine service, a $1000 prize, and tickets to see “42nd Street” on Broadway. She was an honored guest at a dinner for New York cosmetics professionals. In the autumn of her life, a Cinderella experience was especially sweet.

All this to say that at the end of her life, when it came time to dispose of her things, I could not bring myself to part with her vanity table and chair. They were too enshrined with memories of my mother’s morning meditation, cultivating beauty, fostering dreams, and accessing her inner goddess.

For years, they sat in the garage, and every time I looked at them, I kept saying to myself that it was silly to keep them, that I would never use them, that I should get rid of them. Then I would close the garage door and leave them to gather more dust.

I recently made some YouTube videos in which I wanted to demonstrate how I put up my hair. I didn’t want to film in front of my messy dresser or in the bathroom. So I pulled out the old furniture from the garage and wiped away the dust. It was lovely to sit in the velvet-padded chair in front of the whimsically framed mirror. I’m happy that I kept them. Someday, I will create a new treasured space for them in my home.