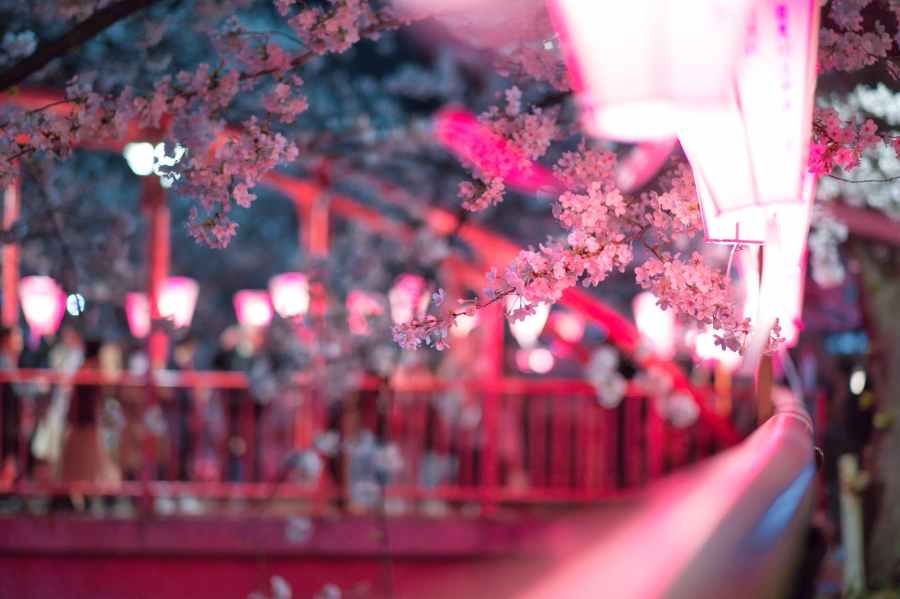 (A revised version of this post was published in News Break. You can see it here.)

I’ll never forget the first time I watched Hayao Miyazaki’s animated fantasy film, My Neighbor Totoro (affiliate link). The film, set in post-World War 2 rural Japan, tells the story of a professor’s young daughters and their interactions with friendly wood spirits. I was captivated by the themes of connection with a spiritually alive nature, the introduction to Japanese Shinto culture, and the funny and warm relationships between family members. Like all the best films made for children, it had an important message and resonance for adults.

I had a similar feeling when reading Yaeko Sugama Weldon and Linda E. Austin’s gem of a memoir, “Cherry Blossoms in Twilight.” This short book (128 pages), relates Yaeko’s memories of a poor but happy Japanese childhood shattered by World War 2, how her family survived the horrors of war, and the aftermath that lead Yaeko to marry an American soldier and move to the United States.

The book is geared to children and written simply in a way that made me feel as if I was sitting with Yaeko over a cup of tea as she told me her story. I enjoyed the everyday life descriptions such as how they bathed without indoor plumbing, how they heated the house on cold winter mornings, and what Yaeko learned in school.

Once my school class went to visit a silkworm farm and saw many shelves filled with caterpillars. There were so many eating the leaves that it sounded like soft rain falling.

I enjoyed reading about the way her parents raised her. Although my mother was Chinese, there was a certain directness of communication about moral character and a value placed on self-presentation that reminded me of my own upbringing.

On the first day of school, my father wrote a little note and put it on the back of my closet door. It said “right, straight, honest and cheerful.” … he said, “Yaeko, every morning before you change clothes, look at these words, then be cheerful and show to your friends kindness of heart. I know you can do it. If you do this, it will show outside of you. Just remember that.

In today’s world where we are glued to our computers for so much of our work and social lives, I loved hearing about the education Yaeko received, with its greater focus on hand-craftmanship, such as learning to sew and to create art and how to connect with the real world.

“One day the teacher taught us how to write poetry. She told us first we must get close to nature, to hear or see things, and then find the feeling inside ourselves. She took us to the woods and said, “Now we are in the very quiet woods and you must listen carefully.” There I felt a gentle breeze shaking the treetops and heard a little insect singing. These sounds and feelings make haiku poetry.”

Each character comes to life, and I especially loved Yaeko’s father, who demonstrates by his actions how to create a loving relationship without needing a lot of money.

“In the winter when I went outside to wash my face in the cold well water, my father warmed up a towel for me to dry off with. He would put my shoes in the sunshine to get them warm before I put them on. One day I forgot to take the napkin that I wore over my arm at work. He came on a bicycle to the train station and he said, “You forgot the napkin. I am sure you need it.”

From Cherry Blossoms in Twilight, After the War Chapter

Although the book is for children, it does not shy from the horrors of war. There are poignant scenes of devastation from the bombing of Tokyo that I will not soon forget. One scene in which a man, so starved that he can no longer speak or walk, wordlessly begs for food, brought tears to my eyes.

As my father served in the Pacific Theater during World War 2 and was part of the occupation of Japan, I was particularly fascinated by the aftermath – how some on both sides of the ocean could never forgive and forget, yet how many more came to recognize that the actions of governments do not always reflect the spirit of the citizens in each country. I recalled a story my Dad told me of walking down a street in Japan and observing two young Japanese women in kimono crossing a street and stopping to bow toward a temple, then giggling to each other, as they continued on. He remembered thinking, “Are these people really my enemy?”

Similarly, as Yaeko finds employment as a food server at an American military base, she begins to reconcile herself with the reality of there now being so many fewer Japanese men her age whom she might marry. She comes to enjoy meeting the soldiers and learning about American culture.

I recommend Cherry Blossoms in Twilight. It’s a quick-read, educational, poignant, and takes you to another time and place. You can buy it here (affiliate link). (It’s free for KindleUnlimited members!)

If you’ve enjoyed this, please subscribe to read more essays and book reviews particularly related to the Amerasian and Asian-American experience.